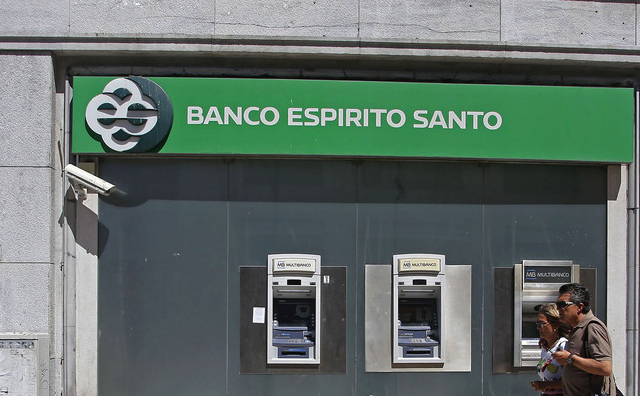 Whether you work at ING or at NIBC. As a banker, your hands in the money the whole day. Money from customers, from the bank and from yourself. The soil is the basis for a farmer, so is money for a banker the basis of all the gain. Not surprisingly a certain amount of money regularly flows to a banker.

Does not the farmer also eats from his own land? A while ago, the Portuguese / Angolan banker came into the picture and put his money very handy.

He is a banker and director of the Angolan subsidiary of the Portuguese Banco Espírito Santo. If you are a banker, then you can naturally earn from the trade flows between Portugal and the former colony. But that is slow. You can of course also take a percentage of the aid package from the Angoles state. And yes, that goes much faster. It also feels better.

In 2014 Banco Espírito Santo Angola had to be rescued by the Angolan state, with money from the state-owned oil company and Chinese loans. Also the Portuguese state had to give up with billions to let the age-old survive the Angolan losses.

According to research by the journalistic platform European Investigative Collaborations, Álvaro Sobrinho, between 2002 and 2012, has rolled out some 500 million euros. Theft according to the Dutch newspaper NRC. But Sobrinho is not manufactured for little ones and remains out of the game for the time being.

In 2014 Expresso published that Sobrinho had let 148 million euros disappear. Now it turns out that Sobrinho donated 352 million euros from the bank to companies, which he himself finds behind. With the new findings the total comes to 500 million euros. Prosecutors in Portugal have been investigating the disappeared 500 million for a number of years, but have so far lacked evidence for an indictment against Sobrinho.

Nothing as reliable as family!

Completely according to the rules of art, family members are used to move money flows. It also appears that loans are being pushed back and forth. Money flows. And of course Swiss accounts are also involved.

The ball is round!

A real banker our Álvaro Sobrinho. He shows how you play the game. Angola has not instituted a judicial investigation into Sobrinho. Interestingly, this banco is also major shareholder of Sporting Lisabon. Of course with a nice construction. Hopefully we can still find out what the role of this football club is. Good for the right connections?

Want to join the discussion?
Feel free to contribute!